As mainland Scotland moves from level 4 to a temporary lockdown, Montrose Golf Links is still open to members

Two great courses – and so much more

A season ticket at Montrose Golf Links gives you great year-round golf, along with some attractive benefits and incentives.

Montrose Links offers a fantastic golfing experience and reliable playing conditions throughout the year.  Our classic 1562 links is complemented by our Broomfield links and together they provide an ideal 36 hole visitor day package.

The Latest From Our Socials

The record book will show that Gavin Hay won the Montrose Links Masters, the first of what will be 12 Tartan Pro Tour events in 2021. But few would argue that the East Renfrewshire teaching professional should be sharing star-billing with the host venue. Hay’s winning aggregate of 134, eight under-par and two-shots better than runner-up Paul O’Hara, was certainly worthy of praise - especially the back-nine of 31 that saw him round in 64 on the second day. But he was only one of many to acknowledge the quality of the fast-running test with which the 75-strong field was presented.
“I’ve played Montrose a lot,” said Hay, after completing a second round that contained as many as eight birdies, the most crucial of which came at the penultimate hole. “It’s been such a delight - after a winter of hitting balls off mats - to hit shots off the beautiful tight lies we’ve had here. Watching the ball run and release is brilliant. I love playing here. It is such a good test. It’s all about putting the ball in the right places for the second shots. If you short-side yourself you are never going to get the ball close enough to make birdies. You really have to think your way round.”
Tournament host Paul Lawrie was another who enjoyed the 6,457-yard lay-out. The 1999 Open champion added a 72 to his opening 67 and ended the proceedings in a tie for third place alongside his nephew Sean, Daniel Kay and Robbie Morrison. .
“This course is so good, just brilliant,” said the more senior member of the Lawrie clan. “Especially in a wind. And when the greens are firm like they are now and the pins are tucked away a little, it’s a tough test. The scoring was good over the two days, but far from ridiculous. The great thing is that so many holes ask you to find the right spot off the tee. It’s not just a case of hitting the fairway anywhere. You need to be in the correct place to set up the second shots. I like that aspect of links golf. Plus, here the finish is so strong. The 16th and 17th holes are as good as you will see anywhere. They are both brilliant.”
Former BMW PGA champion Andrew Oldcorn opened with a 72, then had to withdraw through illness. But the 61-year had seen enough of Montrose to know he’ll be back for more.
“This is just a proper links, a shot-makers course that sets up so well for those who can move the ball around left-to-right and right-to-left,” said Oldcorn. “It’s just an old-fashioned links in that respect. You need to control your shots rather than just bashing away all the time. The turf is so good too. Hitting irons off those tight lies is a lot of fun. And it is in brilliant shape for this early in the season. So that was another bonus. I loved every minute out there.”
Still, the man who had the most fun was certainly Hay, with the birdie he made on the 418-yard 17th - playing into a strong east wind - the undoubted highlight of what was a brilliantly played round.
“All in all, I played very solidly and got the putter going at just the right times,” he said. “I normally struggle a bit with the shorter putts, but I’ve been really good on the greens here. Anyway, I had just made a bogey at the 16th, so I took a 1-iron off the tee just to get the ball in play on 17. It is such a tough hole. Then I hit a phenomenal 4-iron to three-feet and managed to knock it in for the birdie. That was a bonus. I was standing on the 17th tee thinking I would be happy with two pars to finish. I wasn’t aware of what was happening behind. But I obviously knew I was there or thereabouts. The course was such a great test today.”
Indeed. Everyone said that. So it must be true.
tartanprotour.co.uk/reports-page/?tourn=MON1&report=tmresult~season=2021~result=PF~

Saturday and a frost delay, will of course update as soon as I have more news. ... See MoreSee Less

Morning Jason out if intrest what is the course record and who holds it.

His card is up in the links trust office.

Tartan Pro Tour Champion, an outstanding 64(-7)this afternoon from East Renfrewshire Professional Gavin Hay added to his opening round of 70 for (-8) total 134 Gavin wins the first event of the season. A brilliant performance and everyone at Montrose wishes Gavin and the Tartan Pro Tour all the best for all the future events 👏 ... See MoreSee Less

Was great to watch

Played later in the afternoon which makes you realise how good these guys are considering the very windy conditions. Greens were excellent again as usual. 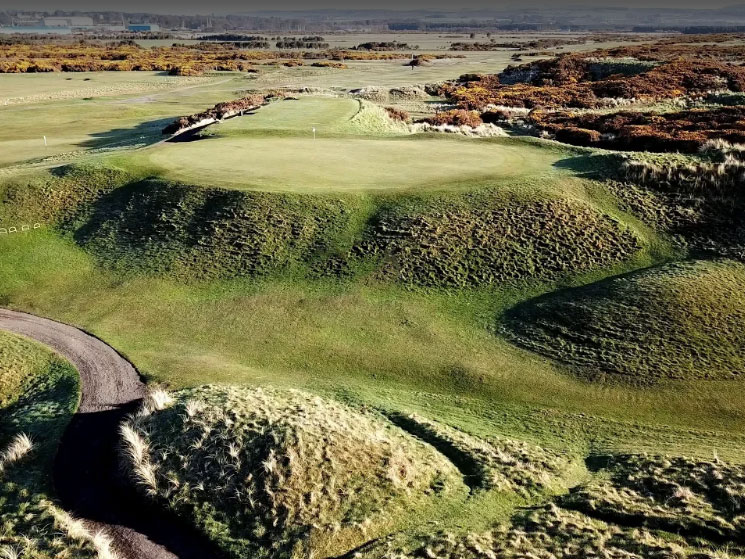 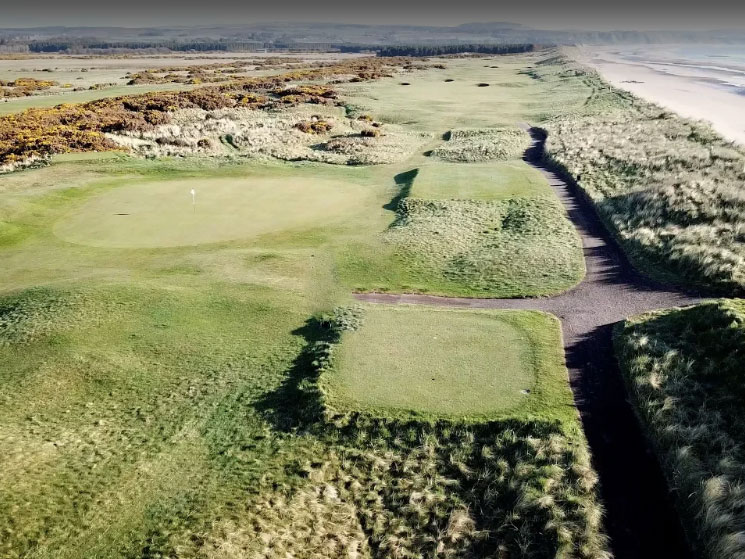 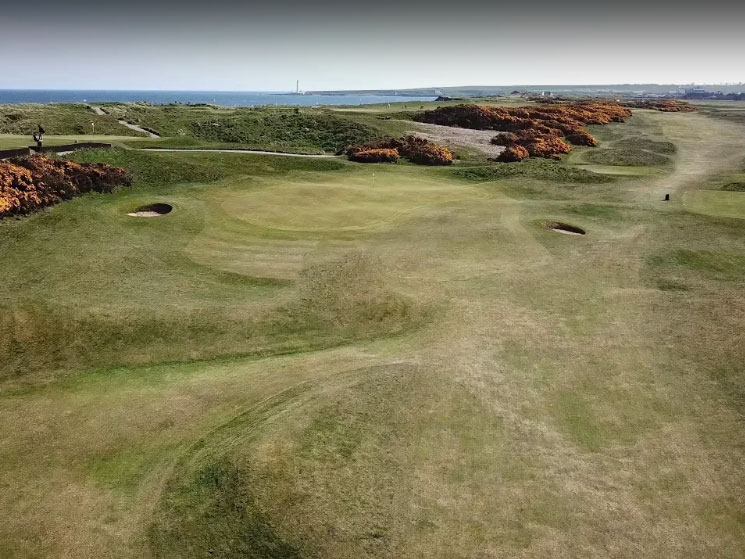 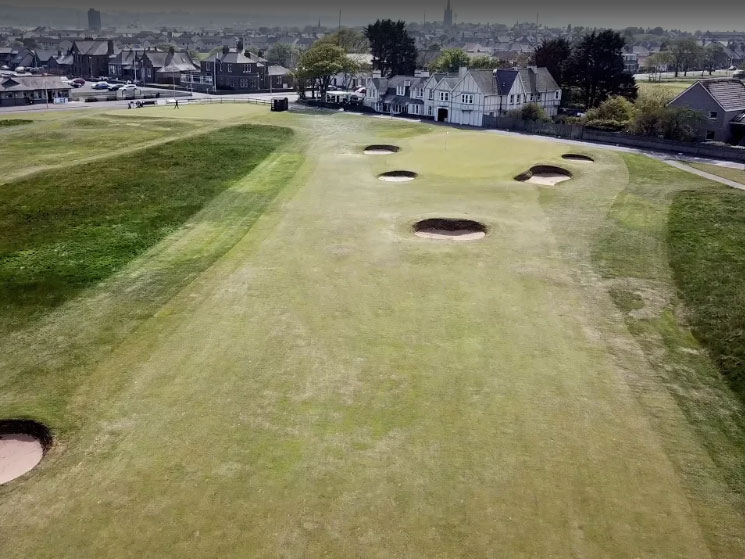 The 1562 Course is challenge for any golfer.  This is a traditional Scottish links course with springy turf that grows only close to the sea, dunes, gorse, deep bunkers and tall wavy grass that changes colour and dances in the wind.  The holes are laid out in an unusual T-shaped configuration.  The front nine plays mainly along the shoreline and offers excellent views across the North Sea. The 1562 Course features in Scotland’s top 100 courses for 2019.

The Broomfield Course is ideal for juniors, families and those wishing to ‘get their eye in’ before taking on the 1562 Course. Being relatively flat, the Broomfield can be somewhat deceptive as it still requires a high degree of accuracy from the tees to small greens.Many visitors play the Broomfield in the morning before a hearty clubhouse lunch in preparation for the 1562 Course in the afternoon.

Montrose is a golf links in the best possible tradition. A course which deserves recognition as a modern test as well as a moment to the past.

A magnificent stretch of marvellously natural ground which depicts how the game was born.

Ben CrewshawAmerican Professional Golfer, who has won 19 events on the PGA Tour, including two major championships: the Masters Tournament in 1984 and 1995