A WALK ON THE WILD SIDE – GUILLEMOTS 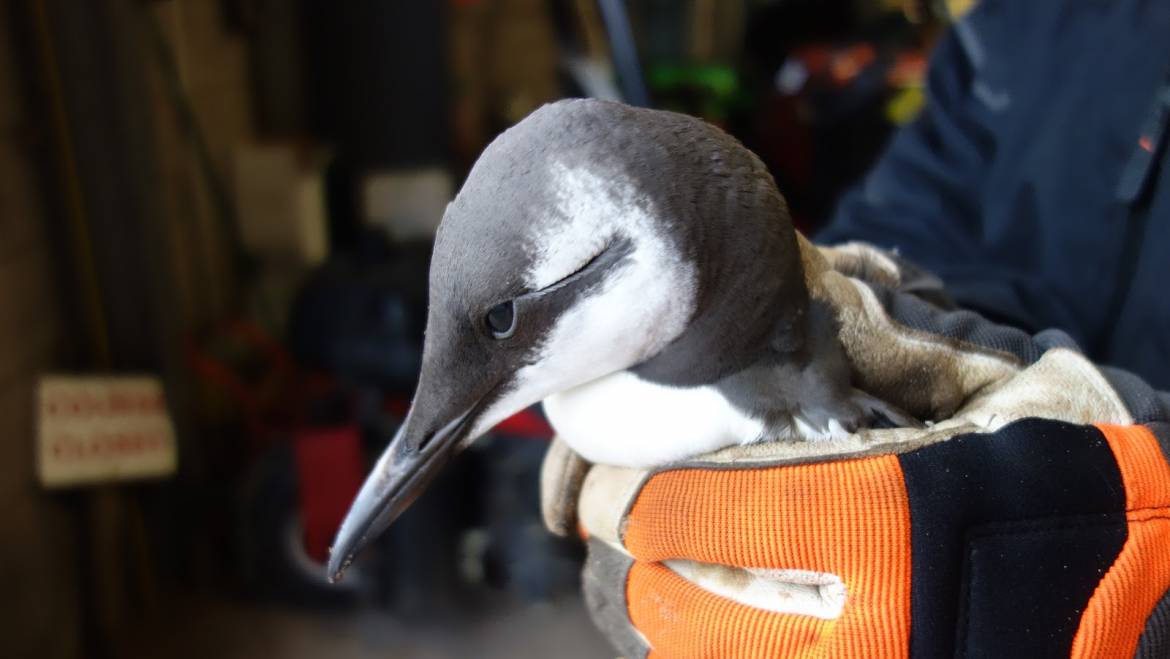 The recent stormy weather has taken its toll on many sea birds off our coast. The rough sea has made it hard for the birds to find food and the high winds have resulted in many becoming exhausted. Over the last couple of weeks there have been numerous reports of guillemots stranded on both Montrose beach and St Cyrus nature reserve. 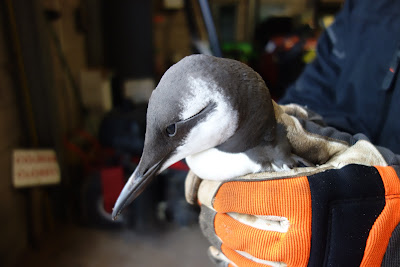 This morning two of the greenstaff came across this one in a bunker on the 18th Medal hole. Although it looked healthy and good condition it was obviously in some distress. We called the SSPCA, who later came out and collected the bird. They said that they were caring for a number of guillemots and our one would be assessed and once back to full fitness would be released back into the wild at the coast.
If anyone spots one in difficulty out on the courses it would be appreciated if they could contact a member of staff or call the SSPCA directly.