A WALK ON THE WILD SIDE – MOTH SURVEY 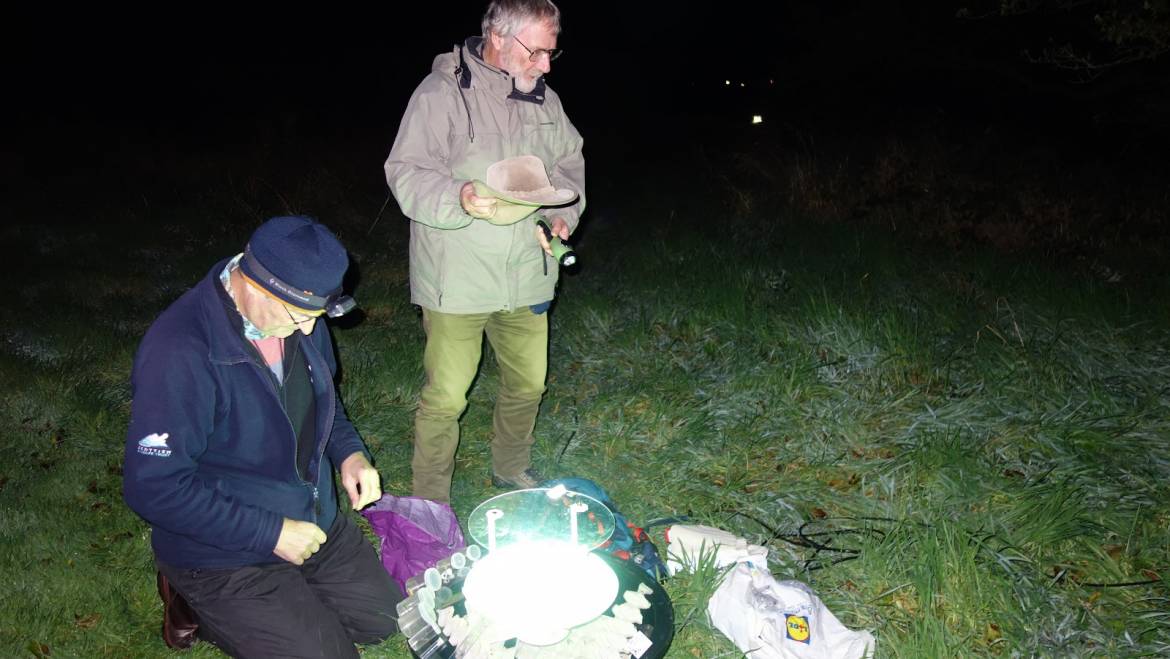 A WALK ON THE WILD SIDE – MOTH SURVEY

We have recently enlisted the help of 2 local wildlife experts. Initially Russell Nisbet, a recently retired Wildlife Ranger was asked if he would be interested in carrying out some survey work. Happily he agreed and over the summer months he visited the golf courses a number of times and submitted his sightings, many of which were not on our original species lists.
Through Russell I was introduced to Paul Brooks who carries out a lot of Moth trapping work around Angus. Again it was great to hear that he was keen to carry out work on the golf courses.
Paul’s first visit was on Friday 13th October when he set up two lamp traps. The lamps were situated on the Broomfield course, to the rear of the 7th green. 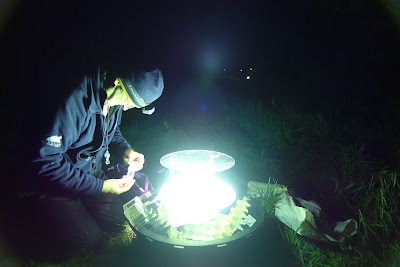 Paul examining one of the moths that were caught. 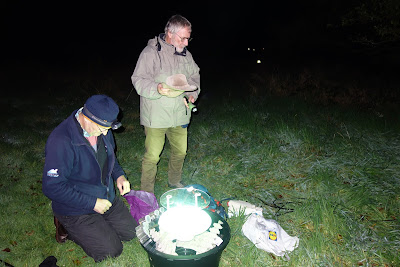 Paul with Russell, who joined us on the night.
Although nearing the end of the trapping season a good variety of  moths were caught, two of which Paul was very happy to see. 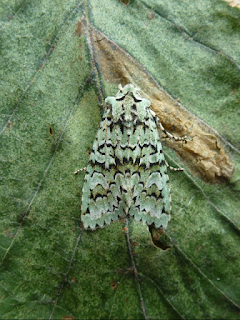 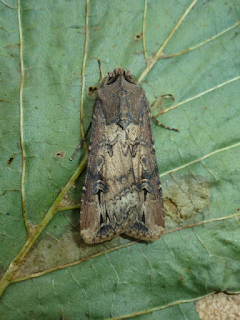 Dark Sword-grass.
( Agrotis ipsilon )
.
The plan is for Paul to carry out a number of trappings over the the next 12 months. He will vary the locations of the traps and this should give us an accurate idea of what species are present over the two courses.
Les Rae,
First Assistant,
Montrose Golf Links Limited.