A walk on the wild side – Nest boxes 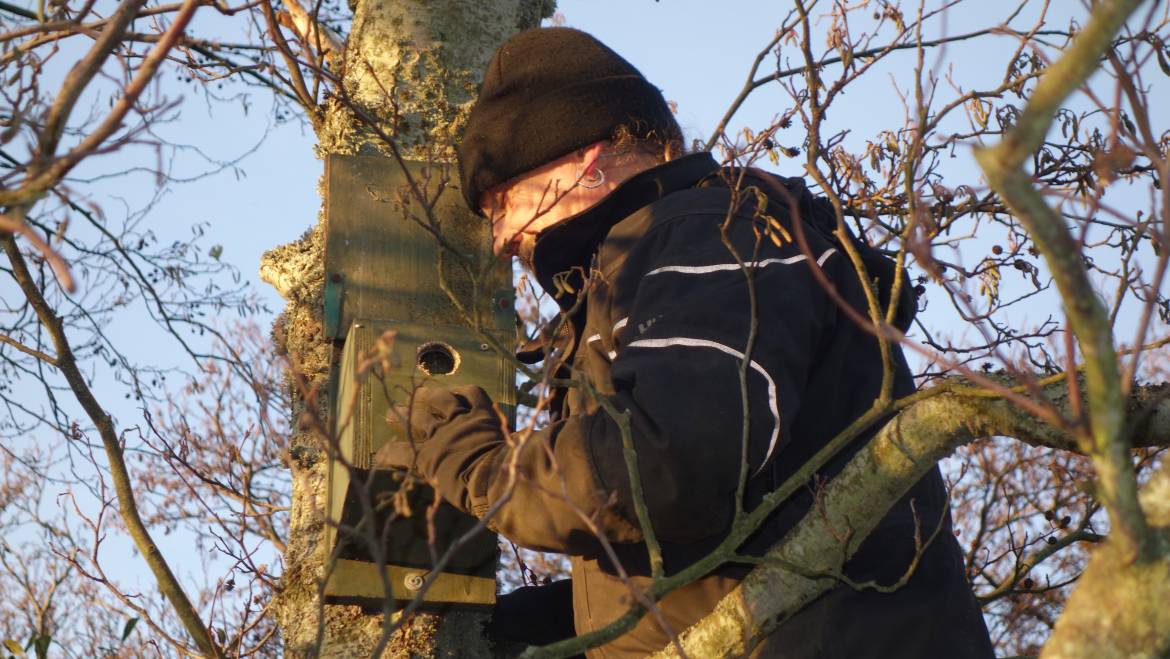 The recent frost the we have experienced at Montrose has given us a chance to get on with some ecology tasks. One of which was to inspect and clean out our nest boxes. Although we are a typical Links  with very few trees we have managed  to erect 17 boxes  around the two courses so far. The majority of which we have constructed ourselves, however we were also donated 2 through the Tayside Biodiversity Partnership and the Tayside Barn Owl project. 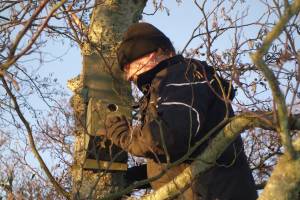 Rick inspecting and cleaning out one of the Tit boxes.

We inspect the nest boxes annually for three reasons, to check that they are still fixed to their anchor points properly, to keep records of which boxes were used and also to clean out any old nest material which could contain parasites and compromise the health of any parents and their nestlings next year. 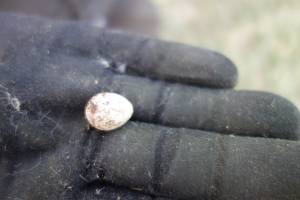 An unfertilised Tit egg found when cleaning out one of the boxes.

Of the 17 boxes erected 7 had nests in them this year, 5 were  Blue/Great Tits, 1 House Sparrow and the other a Pied Wagtail. A number of other boxes had signs that they were/are getting used as roost sites.

During periods of bad weather it is planned to construct more nest boxes and help increase the biodiversity and ecology value of our golf courses.