The long view: “we will adapt and survive’” 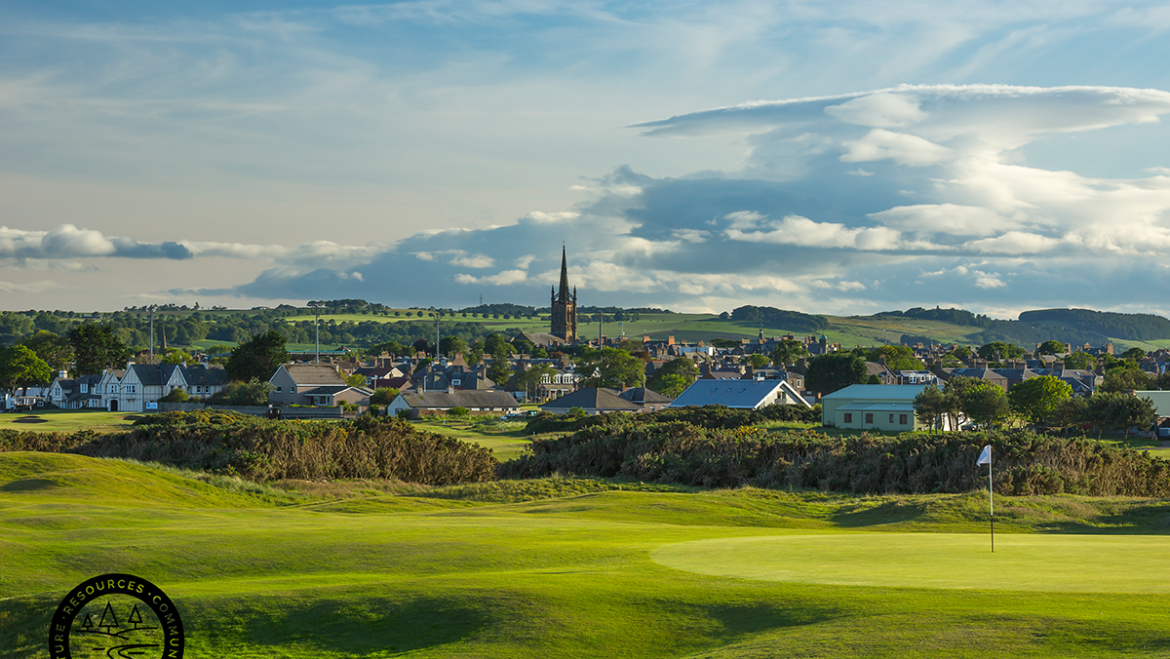 In the past few newsletters, we have outlined the current situation in which Montrose Golf Links finds itself.

To understand this in more depth, we spoke to Alastair Donald who is part of the management team that was appointed in the summer. 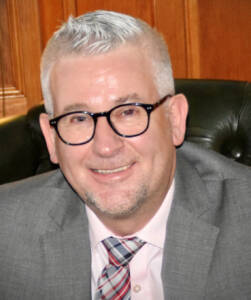 The team was put in place to rescue Montrose Golf Links from imminent financial danger, as for some years the organisation has been making substantial losses.  They have been tasked with putting in place a solid business model and getting us back on a sound financial footing.

Alastair has a distinguished business pedigree, as owner and managing director of Astute Group for the last 20 years and former chairman of Forfar Athletic. He has been advising Montrose Golf Links for over a year now.

We started by asking Alastair how he became involved with the business.

“My relationship with Montrose Golf Links goes back a long time,” said Alastair.

“I was a member here many years ago and when I owned Astute, we sponsored the five-day open for around 10 years.

“I work as a consultant at Business Gateway and, owing to the crisis Montrose Golf Links finds itself in, I was asked to spend some time with the business last winter.”

One of Alastair’s proposals was that a five-person team should be put together to steer golf in Montrose in the right direction. Made up of business experts with a love of golf and the town, they have volunteered their time and specialisms to map out a sustainable future for the Links.

The management team was appointed in August with two priorities:

It became increasingly clear to the team that if decisive action is not taken, it is unlikely that Montrose Golf Links will survive this current crisis.

“When I first got involved, it was clear that golf in Montrose was not sustainable,” said Alastair.

“Within a couple of hours of looking at the profit and loss figures, it was clear there was going to be a cashfall shortage before the season tickets were renewed.

“Now, golf is similar to football. It is driven by the passion of those who love the game, people who have a lifelong connection to it.

“When I first got involved with Forfar Athletic, I was absolutely insistent that it is a business.

“I got a lot of heat for that. People argued that it’s not a business, it’s a sport.

“But if it’s not run as a business, golf in Montrose will be inestimably diminished.

“I know that many of our current issues have come about through people acting with the best of motives. They were wanting to do the right thing and have the best course possible. That’s no criticism because it is a very seductive thought.

“But there were one or two decisions made where, in hindsight, different decisions should have been taken.

“The harsh truth is that we have been charging too little for too long, which means there has to be a substantial rise in season ticket prices for the upcoming season.

Alastair does regret the magnitude and immediacy of the action that has to be taken.

“Believe me, we would have liked to have brought in changes more gradually, but we can’t,” said Alastair.

“The drop in visitor income from March only highlighted what was an unworkable business model. It has made for a perfect storm.

“It would be the easiest thing in the world to keep doing the same again, but we’ll just get the same result. We’ve got to look at doing it differently.

“The way I look at it, we could put off some of these tough decisions. But all that would happen is in a year and a half’s time – when we’re in the same position again – every season ticket holder would be well within their rights to look at us and say ‘why didn’t you tell us before that it was quite this bad? We would have done something about it.’

“We’re saying it now. One generation has to be the generation that says ‘we will change this, we will adapt and survive’.

“It all revolves around whether golfers in Montrose really care about having 36 holes of golf at Montrose forever. If they do, the challenge is for us to have and maintain a championship golf course and another good second 18 hole course.

“So we have to look at how we make that happen, because the value of golf right now at Montrose doesn’t stack up.

“It’s always been viewed at a certain value and prices have only ever gone up minimally.

“The biggest challenge is to get season tickets to a realistic price that people can analyse and understand why it is at that value.

“This year, for the first time, we haven’t said ‘let’s see what the income will be and then decide what we can make from that’, but we’ve asked what it costs to make two golf courses operate in Montrose to a certain standard.”

The team quickly realised that it had to adopt a long-term view, which meant tough decisions needed to be taken.

“In a changing world, people are choosing to do other things than play golf, or they’re spending their money differently,” said Alastair.

“We have to consider what gives golf in Montrose the best chance for survival in 25 or 50  years time.

“What we need to do is get to the stage that we’re no longer a golf organisaton that looks to break even but one that actually generates a profit, because that changes everything.

“Making a profit allows you to make concrete improvements that make a difference when you play at Montrose. It’s the difference between a feel-good experience and everything being a little bit tired, a little bit broken, a little bit not right.

“Huge praise is due to the greenkeeping team for what they do on a shoestring budget, but as they told us, that’s not a situation that’s sustainable.

“I would hope that in three to five years we will start to see tangible differences. That is what we need to steady the ship and break even, or even start generating a small profit.

“By then, we would be in a position where we could look after two golf courses to a standard where everyone is happy.

“Then we need to start investing in the courses and improving the overall experience. Capital expenditure is needed, in terms of greenkeeping equipment, signage, on-course furniture and things like that.

“There’s no provision in the business plan, not this year or last year, for major capital replacement. You can get away with that for one year, or two years, or even three, but you’ll not get away with it for five years or seven years. It’s not sustainable.”

We asked Alastair to look beyond the current crisis, and what he saw as the future for the game in the town.

“We need to shake off the legacy issues we find ourselves with,” he said.

“If you were to start golf again in Montrose with a clean slate, there would be one golf club, one course and one professional.

“In my opinion, the experience of golf in Montrose should move to operating as one entity as soon as it can. Then we benefit from operating efficiencies and all the income is coming through one balance sheet.

“We would have one golf organisation where you were able to book food, play your golf, it would look after the facilities and be responsible for the entire experience.

“At the moment, if a golfer visits and has a great clubhouse experience but doesn’t rate the golf, they don’t separate their experience into their head.

“Similarly, if they don’t get a good cup of coffee but play on an excellent course, they see it all as one experience.

“Looking to the future, more satisfied visitors means more visitors. That means a higher spend in the club shop, more money in the bar till, more money on food and that does start to subsidise things for the members further down the line.

“Not in the first year or two, but it will eventually start to make a difference to the members in the quality of the course and its facilities in the longer term.”

We finished by asking Alastair what his message would be to the members of Montrose Golf Links.

“We know that people can pick up their clubs and go somewhere else,” he said.

“Golf is not like football. If you’re a staunch Montrose FC supporter, you’re not going to suddenly start travelling to Gayfield Park and supporting Arbroath.

“With golf, there’s not quite the same emotional attachment.

“We want you to know that these are difficult decisions, but please do understand that there is a long term vision involved.

“This is why we are relying on all of you to stick with us, and show your commitment to the future of the Links.

“It’s only then that we’ll have a fighting chance.” 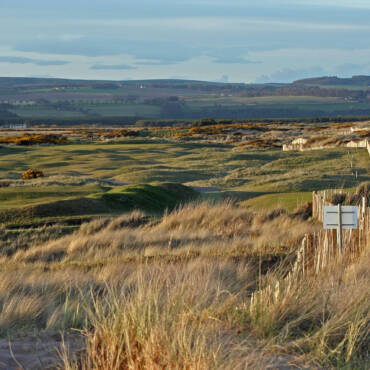