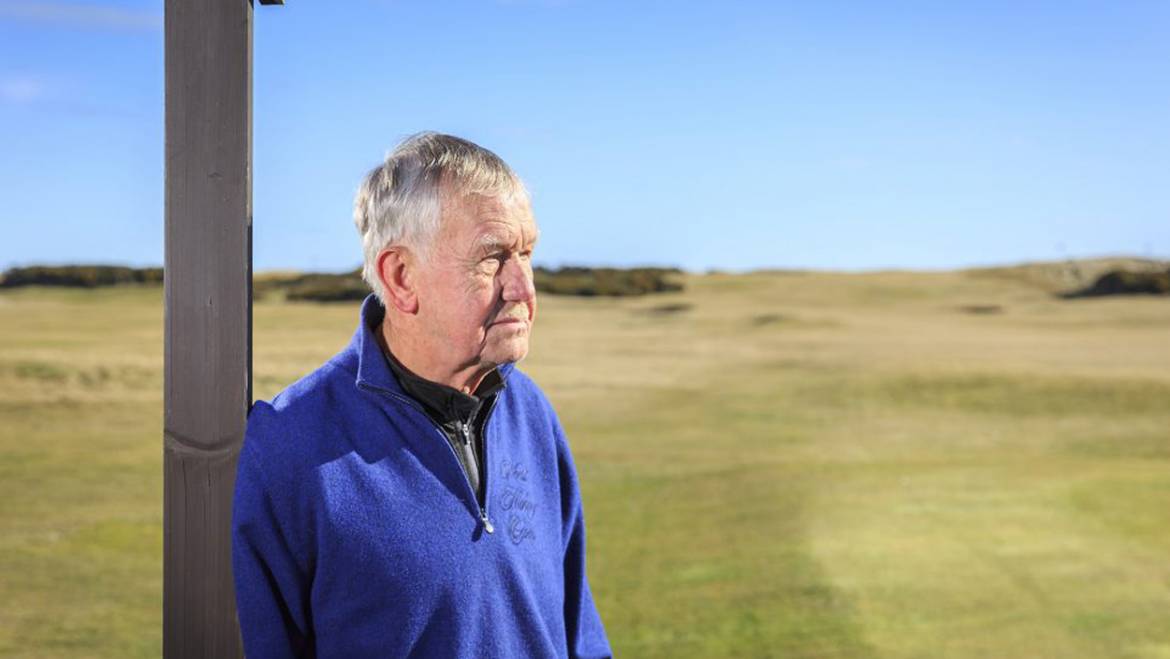 After more than 30 years of service, Alan Crow has become part of the fabric of Montrose Golf Links. Now one of eight golf ambassadors who perform a personalised meet-and-greet service, Alan has carried out numerous roles at the famous Angus links cultivating an intimate understanding of the fifth oldest golf course in the world.
Tell us about your role and what you enjoy most about it.
“We meet and greet visiting parties whether they are two, four or 24. We welcome people to Montrose and make sure they are properly accommodated. It’s a general look-after-you job, but it builds up a rapport. The response is very good and the feedback has been tremendous. Some of our ambassadors have played with single players who don’t know the course, or they fill in a space on a three-ball and guide them round. My favourite part of the job is meeting the people and looking after them – making sure their experience of Carnoustie Country and Montrose in particular is the best possible. There is nothing but pluses.”
What is your greatest memory of The Open?
“Well 1999, that was Van de Velde, which was a real mess but a great result. That year, Montrose hosted Final Qualifying with the strongest field. Per-Ulrik Johansson appeared on the Sunday night straight from the Scottish Open at Loch Lomond and proceeded to walk the course backwards – from the green to tee. He went out the following morning and hit a course record. He’d never played the course before. He’d never even hit a shot on it, but he planned out his round. It was amazing. It was a hell of a field and I was the chief starter. The whole of Angus came to watch because the field was so good. We had a playoff with five players going after the last spot at The Open. We had to use ropes across the fairways to hold back the crowds. The atmosphere was electric. One guy chipped in from the back of the second green to get the final spot. It was just fantastic.
“My main memory of 2007 was this precocious little Irish man. I followed him for three of four holes and this guy wasn’t fazed by anything. He knocked it on and just missed his birdie at six. I had heard about him, but he really was something special and that was Rory McIlroy.”
How would you describe golf in Carnoustie Country?
“As far as Montrose is concerned, you won’t get a much older or more authentic links course anywhere. Fifth oldest golf course in the world. Third oldest royal club. Ninth oldest club – I can churn out!
“The final layout was done by Harry Colt in the early 1920s, but that golfing ground has been used for more than 450 years. It is a true, honest-to-goodness golf links. It’s a got a feel about it. It’s a real golf course. And the same is true of Monifieth and Panmure. They encompass the best of authentic, real, fundamental golf. Edzell is another treat for visitors. Of the inland courses in Carnoustie Country, it is one of the most picturesque. The scenery is fantastic.”
What is your top insider’s tip when visiting Carnoustie Country?
“Taste an Arbroath Smokie. It’s a whole haddock cured and smoked, and it falls off the bone. It is beautiful.”