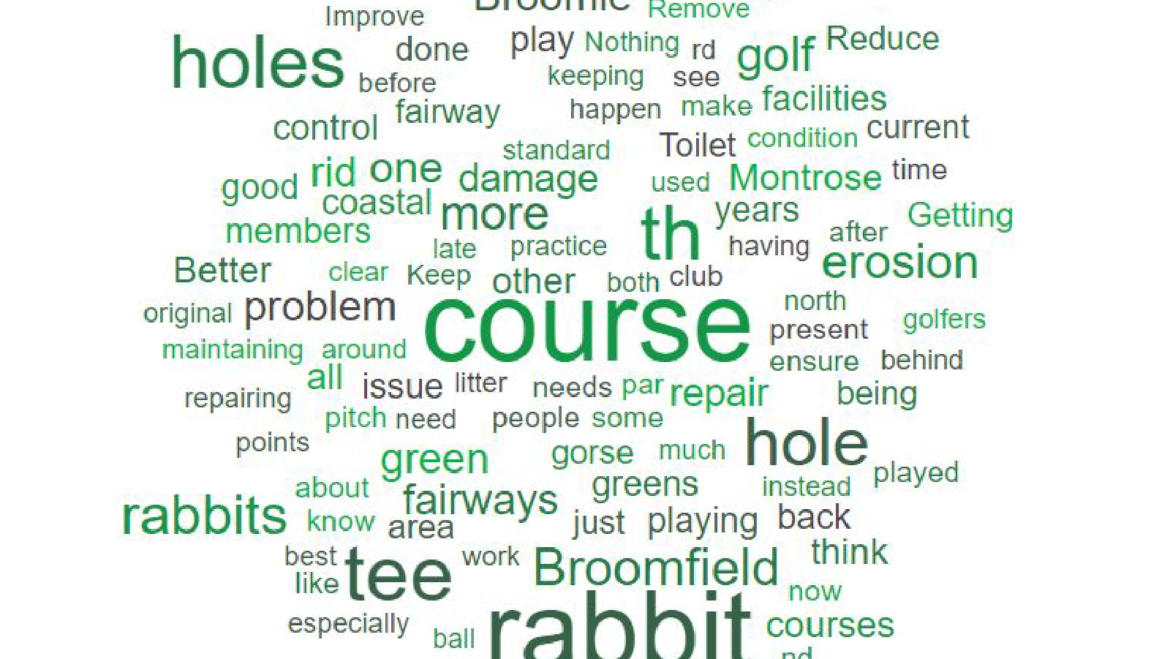 At the start of this month, we asked our members for their thoughts and opinions on Montrose Golf Links.

This is very important to us as our plans to adapt and grow at Montrose Golf Links are based around our members.

We want to keep each and every one engaged and involved in creating a sustainable future for the game of golf in Montrose.

We’d previously surveyed our members in November 2020 and many of the questions remained the same, so we can benchmark progress and opinion.

There were 12 questions in all, and the survey included an open comment box where we asked what single improvement the members would suggest for the 2021 season.

Twenty one percent of members completed the survey, compared to 17% the previous November.

In terms of their priorities and assessment of the course, there wasn’t much change from November. Ninety-six percent unsurprisingly had the golf course as a top priority, and 42% view Montrose as better than other Angus courses (from 41% in November).

Following a rise in ticket prices announced in January, the management team was interested in how the Links course ticket was judged to fare in terms of value for money.

Forty two percent see it as excellent or very good value for money. This is compared to 50% when we asked the question in November.

There was an opportunity to leave a comment on the subject, and we appreciate the constructive nature and openness from our members. The response shows that members have paid attention to the reasons for the increase and taken them on board.

We were also very encouraged by our call for volunteers. Sixty two percent of our members expressed an interest in either offering a willing pair of hands on the course or, in lesser numbers, with their opinions for the advisory panel.

This survey was the first to ask for an opinion on the “one enterprise” proposal.

Members were asked for their level of agreement with the statement “combining the current four entities (Montrose Golf Links / Montrose Caledonian Golf Club / Royal Montrose Mercantile Golf Club & the Golf Shop) that are involved in supporting golf in Montrose into one golf enterprise will help ensure a sustainable future for the game”.

Seventy two percent agree with the statement. Twelve percent disagree and 15% are undecided.

The comments left on the proposal show there is a sharp divide in our members’ opinions. The management team will take time to absorb the various points and differing views.

The final “what single improvement” question showed that our golfers are definitely an engaged bunch. It wasn’t a mandatory question but only 16 chose not to leave a comment.

Now, every golfer wants their courses to be in top condition.

In the last two years, Montrose Golf Links had a very limited budget for course care. We are also suffering from the legacy of restricted greenkeeping work due to the pandemic and furlough last season.

The greenkeeping team is to be commended on the work carried out under these challenging conditions. And given the increase in ticket prices this year, there will be additional budget expenditure compared to last year.

For specific improvements that members suggested, the word that came through loud and clear was “rabbits”.

We have been making progress in the last two months with greenkeepers and volunteers making repairs, and pest control has also removed 2,163 rabbits from the course in in the last 12 months.

Connected to this is the gorse management programme, as gorse provides cover for rabbit burrows.

This programme was devised and started in 2016, when large volumes of gorse were uprooted on the 1562 course, at the 2nd/17th fairway area and the 13th/14th.

Maintenance of gorse was to continue annually to a set plan but this did not materialise for commercial reasons.

It is now a priority for Montrose Golf Links to fire up the plan again and make serious headway this year.

We hope that the tidying up and removal of gorse will make the course more presentable and playable while also removing the habitat for the rabbits.

However we acknowledge that this is a serious problem that we are addressing. We will keep members updated on what is obviously a very important issue to them.

Elsewhere, there was also a lot of interest in improved practice facilities, as well as measures to combat dog fouling on the course.

Our volunteer group has been on the course tidying litter and their efforts will hopefully continue. 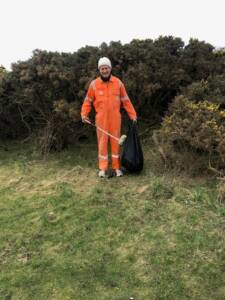 We have recently put the bins back on the courses that were removed during the peak of the pandemic.

To help counteract dog fouling, we have bag dispensers on the course for dog owners to use.

Hopefully they will do this and dispose of the dog mess in one of the 17 bins we have made available on both courses.

Practice facilities were a subject raised by many of our members. Currently we have the putting green, short game area and the 200 yard area at Broomfield by the 10th fairway.

While these are adequate to a point, we know there is definitely room for improvement.

We will work towards having a driving range and club-fitting area for the future, but the associated costs are high. However rest assured that they are on the mid to long-term plan for Montrose Golf Links.

Coastal erosion was also a concern to many members, and the effect it will have on the course in future.

Our number one priority on this subject is to look at the most cost-efficient way to keep the 36 holes of golf available to our members.

There was good feedback in the survey with a few ideas on where we could possibly change some holes. The plan is to have a small group set up this year to work on the feasibility on course changes.

The survey has once more shown us that we are incredibly lucky to have such an engaged group of members that really care about golf in Montrose.

When we asked for their support at the end of last year, they stepped up to show that support. They have stuck with us and we are incredibly grateful for their commitment to the future of the Links.

We will continue in our efforts to secure a sustainable future for the game of golf in Montrose and thank every one of our members for their continued support.