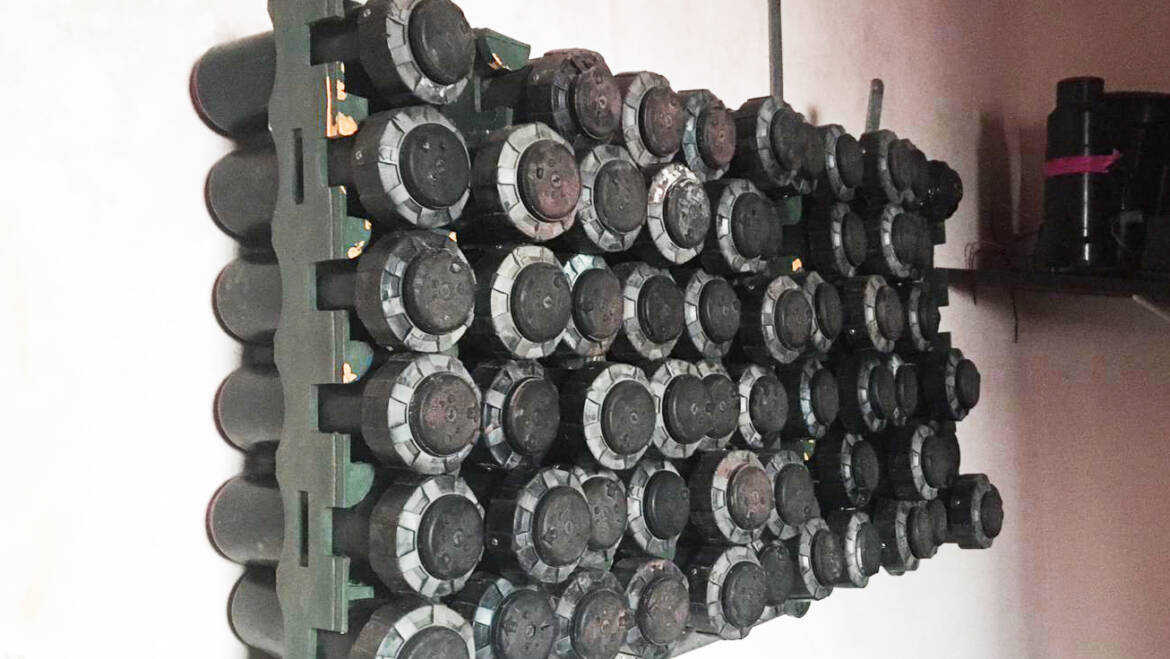 Regular cutting of the greens has started which is a sure sign that growth has finally arrived.

The greenkeeping team is cutting the tees weekly, with the fairways currently being cut once every two weeks. This will increase to weekly from this week.

They are starting to look at the cutting the semi-rough in the next week or two, as there are areas that are now requiring to be mown.

The irrigation system at Montrose was installed back in 1999, with the system around the 1562 greens being upgraded in 2018. 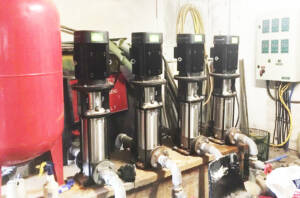 This was quite a costly procedure, but the upgrade has helped us maintain a good level of moisture in the putting surfaces and the surrounding area.

There have also been upgrades to the water tanks, pumps and the controller panel which allows us the use the irrigation system automatically. 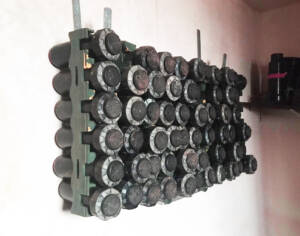 As you can see from the images, we have a good amount of spare sprinkler heads that were removed from the 1562 during the upgrade that we can use on the Broomfield greens and can also be used on the 1562 tees.

It is recognised that fine turf grass species, such as fescue and bent, require much less water to remain healthy than other broader-leaved species. 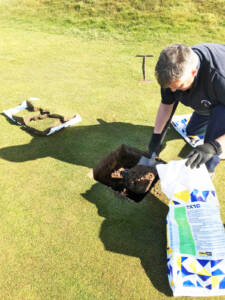 A leaking sprinkler head is replaced

We are focused on increasing the amount of these fine grasses in the longer term as this will help us to significantly reduce the amount of irrigation we need to do.

Records are kept of rainfall and irrigation applied to the turf and water testing is carried out routinely.

Watering is only carried out to keep the grass alive in times of relative drought. It is not used to alter the colour or playing characteristics of the turf.

Hand-watering is used as much as possible and the automatic system is used when necessary.

Wetting agents – the “sticky water” we talked about recently – are used to further limit the irrigation requirement.

The total area irrigated on the courses is 9.55 hectares, which is the equivalent of around 10% of the overall site.

The simple answer is that we are following a gorse management plan that the Golf Links board had asked for from sports turf consultancy STRI back in 2015.

The gorse management plan takes environmental issues into account and helps the board and the green staff make the correct decision in what gorse needs to be removed and when.

After a recent health and safety audit was undertaken. it highlighted that some areas on the course have also become overgrown with gorse and there were issues with visibility that were affecting both golfers and the general public.

With this in mind, we were able to pick specific areas that required action first.

The 10th, 11th and 12th were the areas with the biggest issues and areas already highlighted for gorse removal.

As you have seen, the biggest change has happened on the 11th with a clear view of the fairway which we think has improved the hole dramatically. 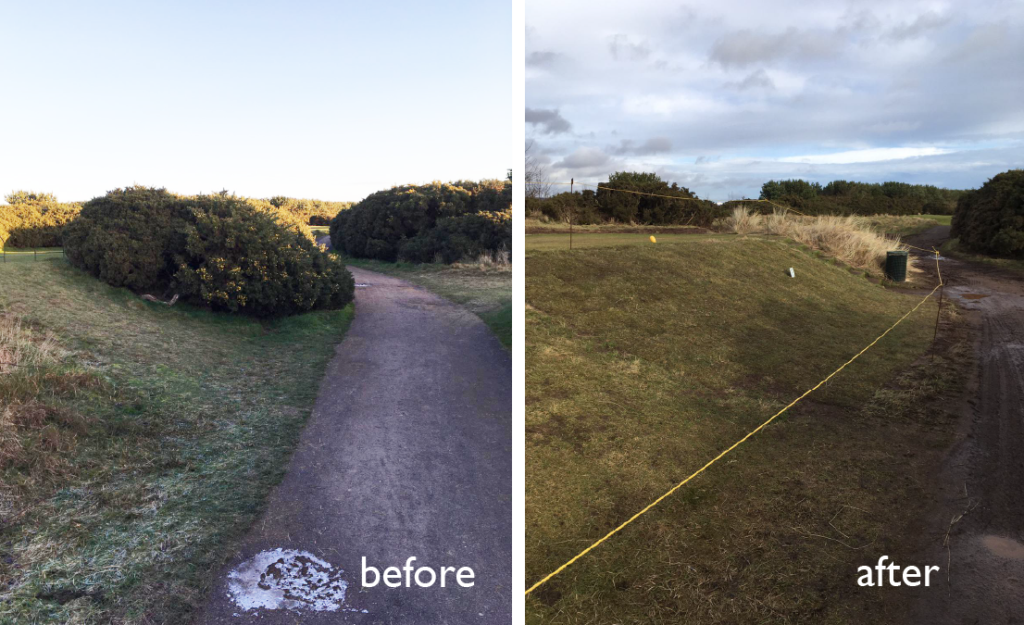 The introduction of marram grass has finished this area off.

There is a lot of gorse still to be removed, trimmed back, lowered and tidied up and this will take a number of years.

We can reassure members that we will be following the management plan as much as we possible, and keep the courses a challenge for all abilities of golfer.

New tee markers were purchased for the 1562 this season.

The aim is to get golfers to place their broken tees into the tee caddies to help the green staff in preparation for cutting the tees.

Thank you to all you golfers for helping us out, as this speeded up the tee cutting on the 1562, which lets the team get on to other equally important work.

The situation with dog fouling on the courses seems to be slowly improving.

Most of the dog waste bins are emptied twice a week, and we are doing our best to encourage dog owners to use them when they are exercising their pets.

Over the past fortnight, one of the greenkeeping staff Gary Tough has moved on to pastures new to take up a position at Auchenblae Golf Club.

We thank him for all his work over the past eight years and wish him all the best in the future.

The position has been advertised and we hope to have a replacement in as soon as possible.