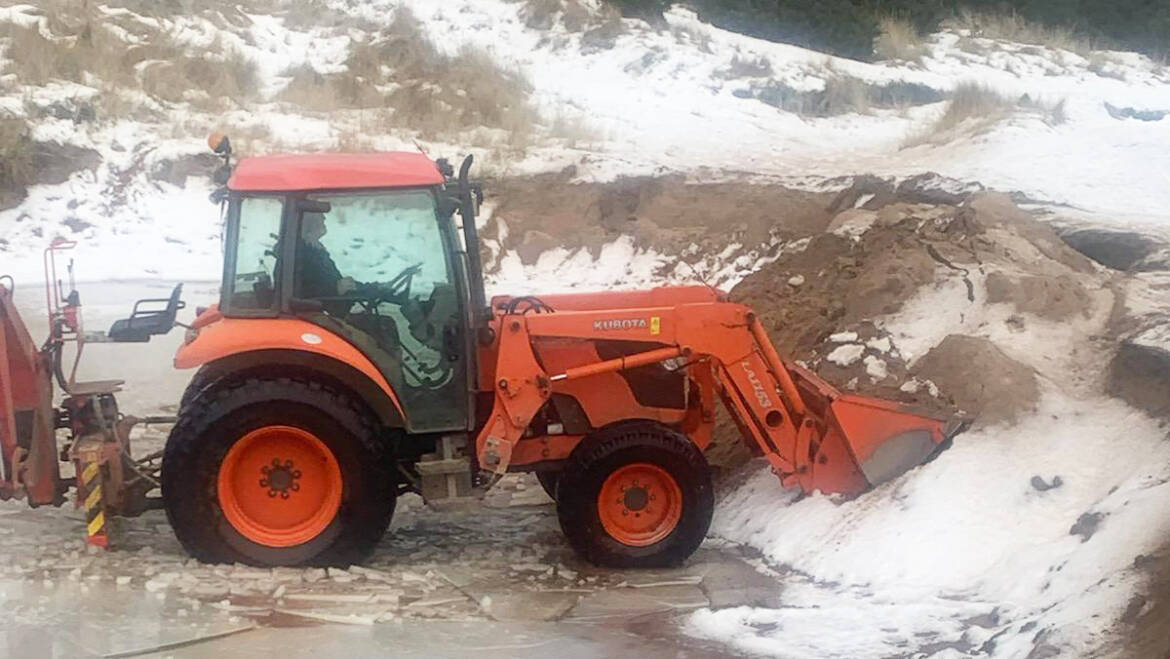 Only five weeks to go until the start of the season.

It’s a short amount of time for our greenkeepers, considering the course has spent quite some time under a blanket of snow recently.

It’s been a winter wonderland on the links recently with the golf courses shut for golfers, but the hill at the 5th has been open for the sledgers.

Some of the greenkeeping team have been taking holidays while the snow has been lying.

The rest have been doing jobs that have been put off for a while, such as tidying up the sheds and  painting. We’ve also been bringing in sand ready to fill the bunkers and for topdressing, as you can see in the main picture.

Unfortunately due to the weather, the astroturfing of the path at the 12th on the 1562 has now been put on hold until next winter due to time running out before the start of the season.

When the snow lifts, verti-draining will start again with greens, tees and aprons all to get done before the end of March.

And we will finally get the bunkers finished with the turfing around the tops of the newly constructed bunkers and finish up any gorse removal jobs that are still open. 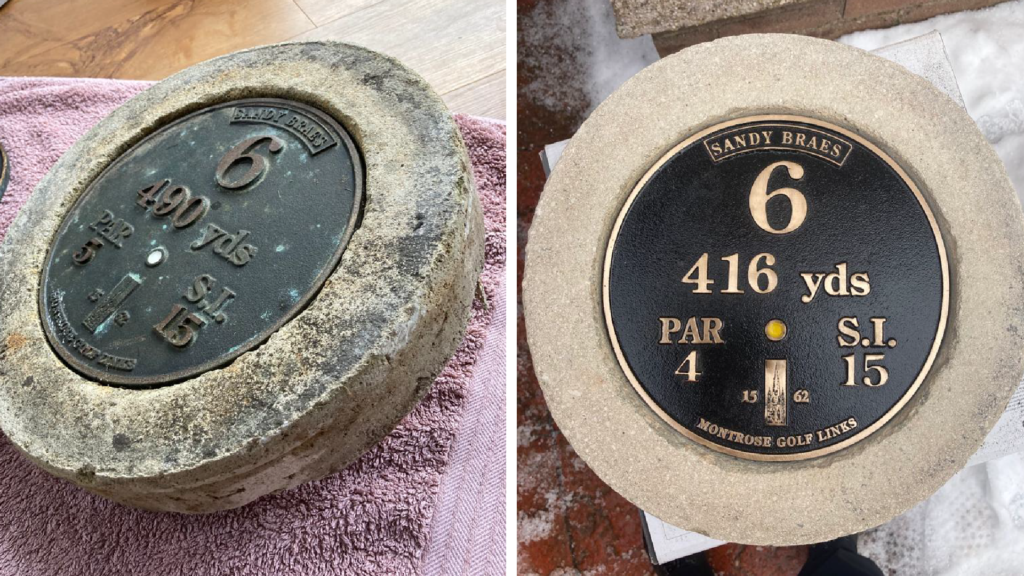 We have had a couple of volunteers offering to refurbish the yardage plates back to best.

As you can see from these before and after photos they are looking fantastic.

The volunteers are going to go around the course over the next few weeks and even months to do all the plates on the courses.

And finally, Daniel Paton has finished his 12-week Kickstart work placement with us. He was a great help and we wish him all the best in the future.