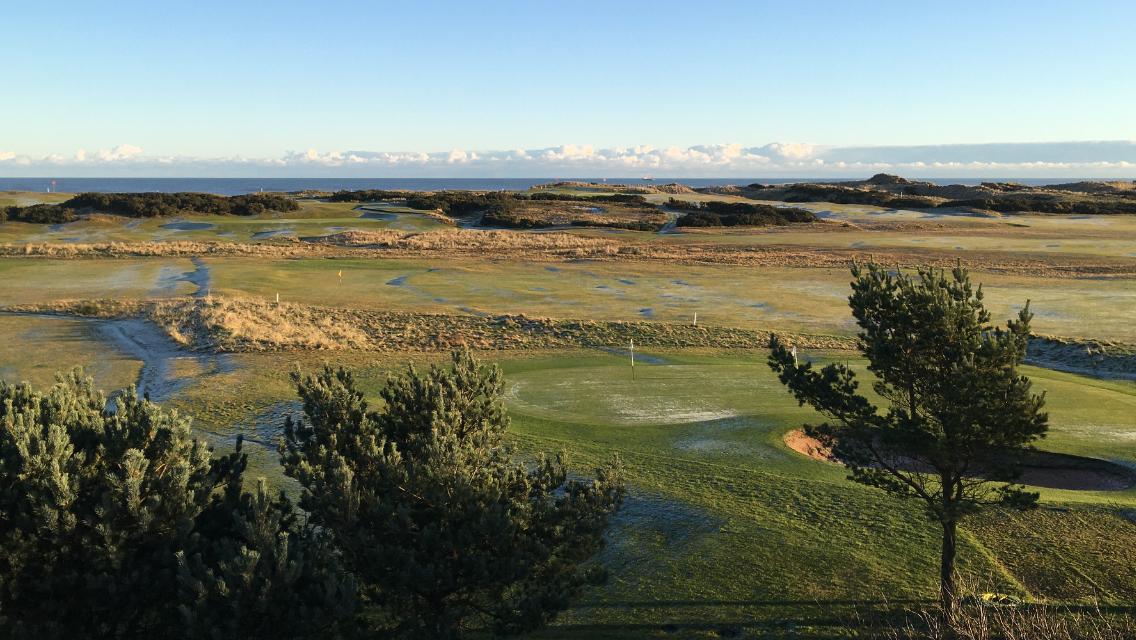 From the start of the year, it’s been frosty greens for most of the month so far but that doesn’t mean it’s darts and cards in the shed for the greenkeeping staff. They are still out working.

For the hardy golfers that have been out, you will have noticed that the fence at the 13th on the 1562 has been repaired and should be good for a number of years.

Luckily the greenkeeping team chose a flat calm day, which made the job easier. 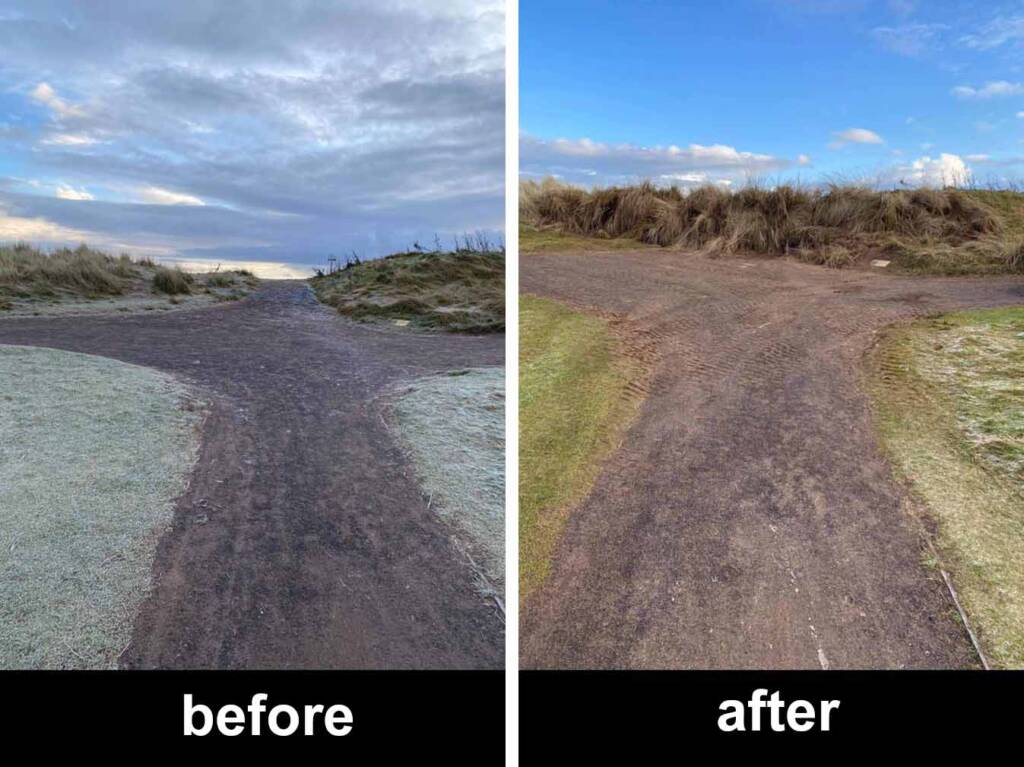 At the old 6th medal tee, the general public had been using the old path as a way to get down to the beach so the path has been blocked off with marram chunks. As you can see, it looks fairly natural.

After a recent hole-by-hole risk assessment, it was highlighted that there are some holes that have restricted visibility and some gorse work was required. Gorse has been removed from both the 10th and 11th tee areas on the 1562 which has improved visibility, more dramatically on the 11th hole, which you can see in the image below. 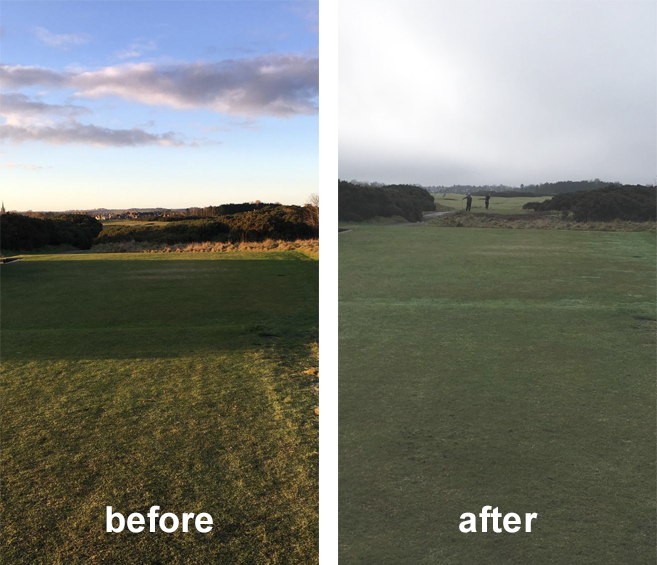 Marram transplanting has already started at the 10th tee bank where the gorse had been removed and will continue when time allows 11th tee banking will be finished as soon as possible.

Gorse removal will also help expose rabbit burrows which will help in controlling the rabbit population.

The team has also been out repairing and tidying up our grass collection bays.

In the coming weeks, there will hopefully be a start to astro-turfing the path on the 12th  and a continuation of the gorse removal.

When the frost finally thaws, we will apply an iron feed on greens, a top dressing and continue verti-draining the greens, tees and aprons.