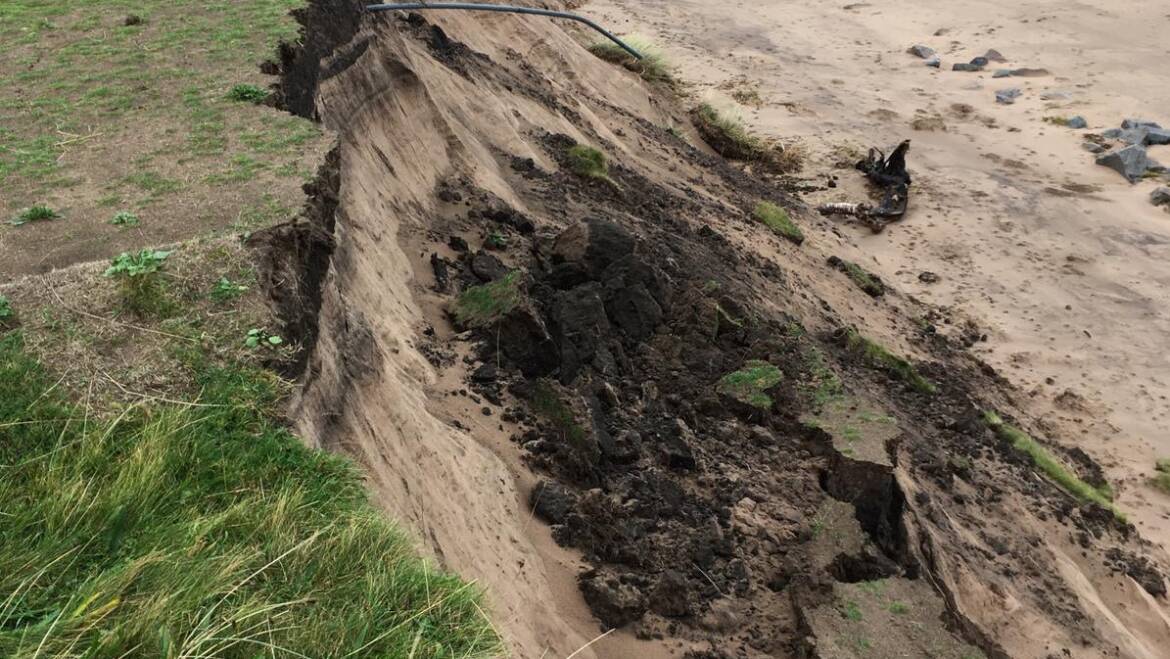 Over the weekend of November 14 and 15, high tides and strong winds had a massive effect on the dunes down the length of the course.

As you can see from the photos, clumps of dune grasses have fallen over the edge and are now lying on the beach.

The fence at the rear of the 2nd medal tee  – has been moved due to undermining of the dunes which has made it liable to collapse.

In the other photos, you can see what’s left of the (old medal tees)  at the 3rd and the 6th  –  It’s hard to believe that only a couple of years ago, these tees were still in play. 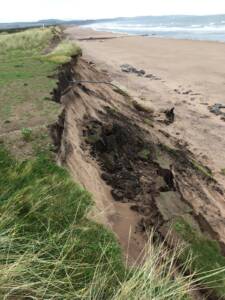 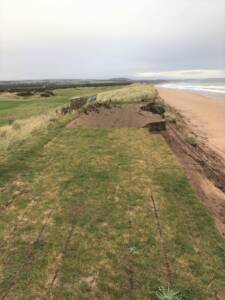 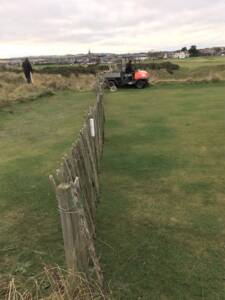 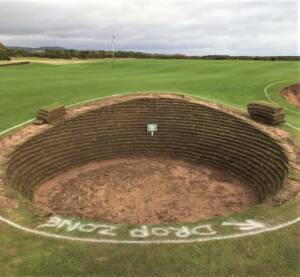 In the last update, temporary head greenkeeper Paul Teviotdale spoke about the bunkers being rebuilt on the 1562.

Here is a picture of the first completed bunker on the 14th. Turfing around the tops of the bunkers will start once all the bunkers have been built.

This continues to be a problem on the links as the recent heavy rain means the surfaces are still on the soft side.

In this video, Paul demonstrates the correct way to fix a pitchmark. 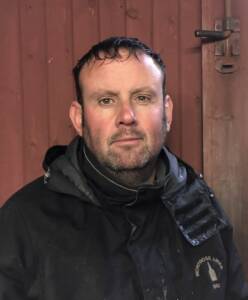 Steve Doig has been a greenkeeper at Montrose for 25 years now and says he enjoys every minute of it (well, most of it anyway).

His favourite job is moving the holes. He says he likes to challenge the golfers for some of his tough pins.

Winter is his choice of season as he likes to rebuild bunkers on the 1562.

Steve likes to watch the mighty Mo at Links Park, as well as some away games if he’s not on the weekend rota.