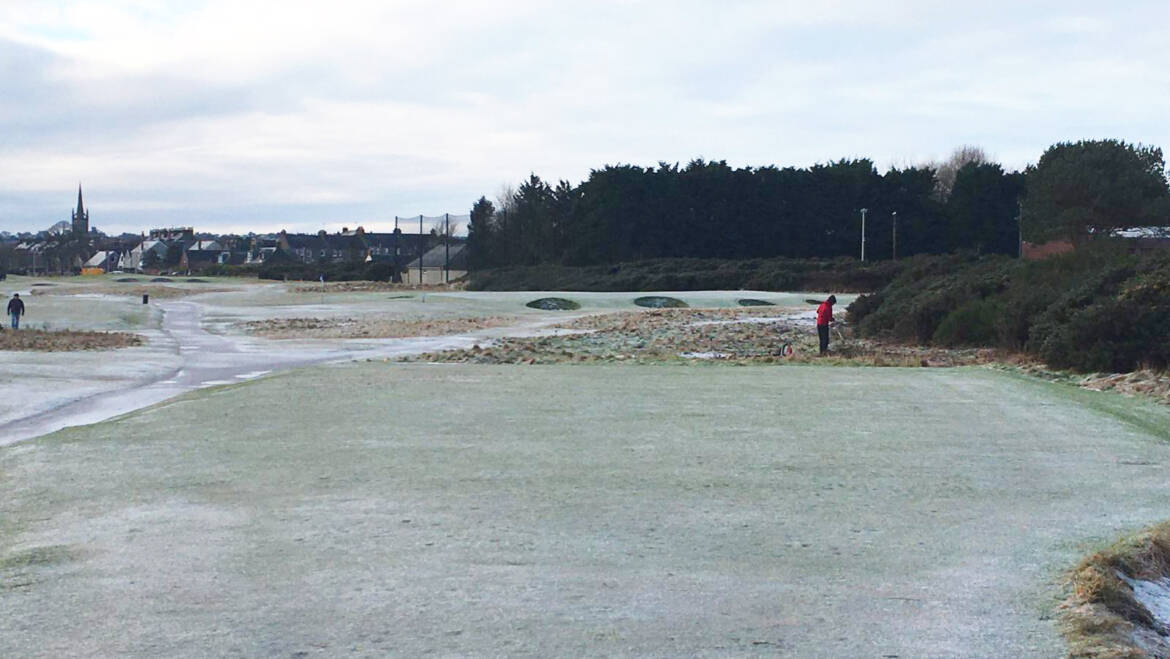 In January, the course was on full greens on eight days, winter greens on 22 days and closed for one day, due to flooding when heavy rain fell on frozen ground.

Montrose has fared very well compared to some local courses, with other courses being closed for several days or having limited holes available to play.

After almost a month of frost we hope that we can kick on with the remainder of the winter programme.

The bunkers that have been rebuilt will be turfed around the tops and that will complete the bunker renovation.

Gorse management has been the main activity during January with big changes to the 11th.

As you can see in the main image, all four bunkers can now be seen from the tee. 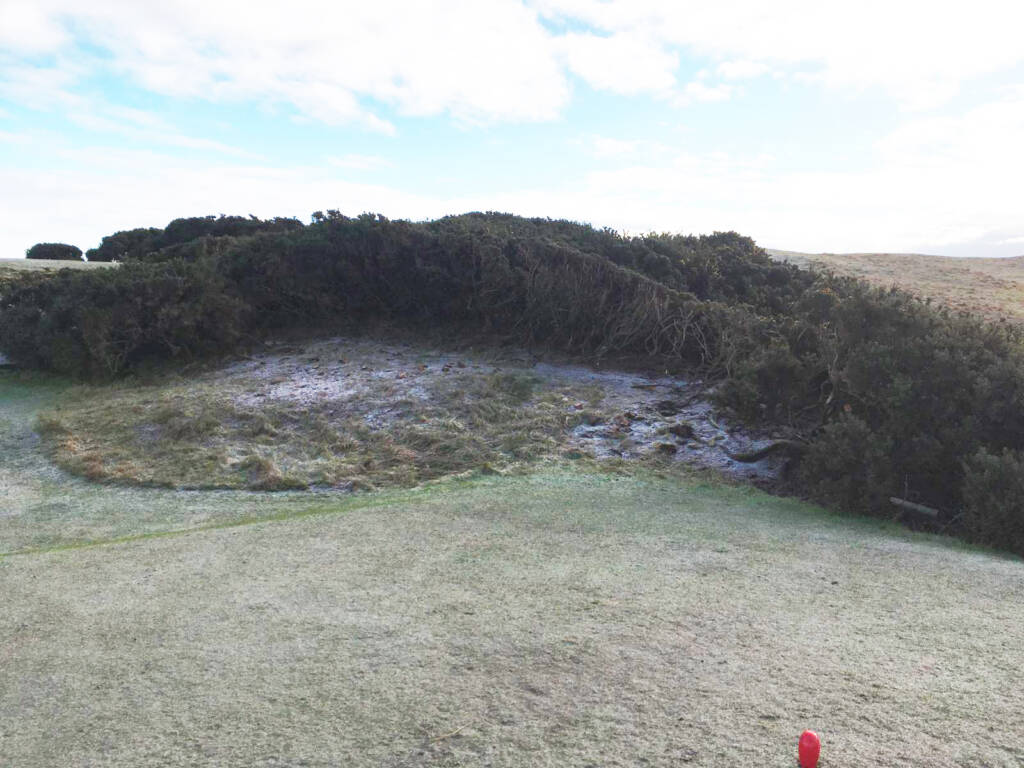 And we have also been removing gorse on the 10th as shown in this picture taken at the back of the 10th ladies tee.

Our plan is to try and maintain this so stop any regrowth.

Any turfing jobs will be done to these areas as soon as possible, and gorse work will continue when time and weather allows.

Astro turfing the path at the 12th has been delayed slightly, but we will crack on with this when the frost lifts enough for us to cut the turf along by the paths

Rabbit hole patching will start towards mid to late February.

If we patch the rabbit holes too early, we have found that the rabbits like to return where we have repaired and undo all our hard work.

Doing the work closer to the start of the cutting season seems to help deter the rabbits from returning but some of them will always come back to inspect our work. 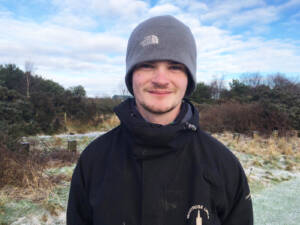 This is Connor Clarkson, who has been with the team for almost two years.

Connor is a keen Celtic fan and can be seen down at Parkhead from time to time.

He is a keen golfer and we believe he is a decent footballer (or so he tells the greenkeeping team).

Connor’s favourite job on the course is cutting tees.

His favourite season is the summer, as he like the sun and warm weather and also likes to “get the guns out”. 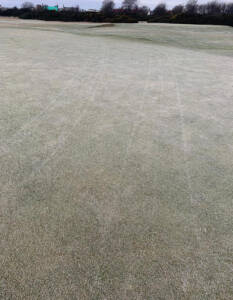 Please remember that rules are in place to help the greenkeeping team keep the course in the best condition for the benefit of all players.

Two golfers left clear evidence that they dragged their trolleys across the 15th green on the Broomfield when the greens were out of play due to frost.

Maybe you are in a hurry, but think twice before you breach the rules and do try to help the greenkeepers look after the course, rather than hinder them.