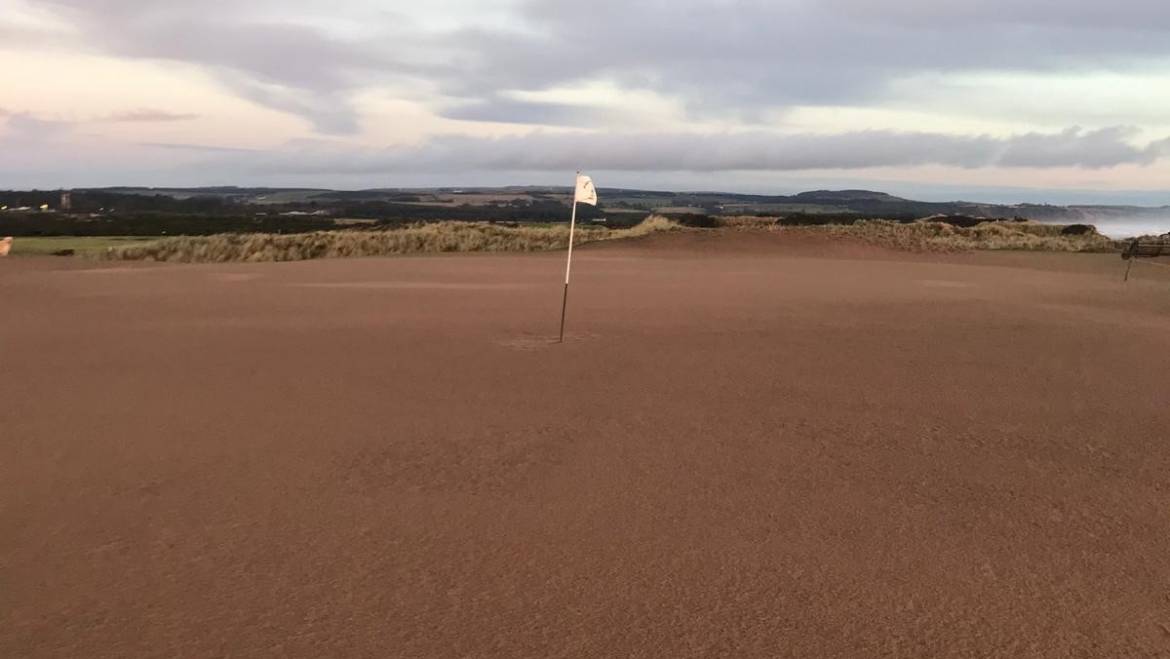 As we head toward winter solstice and the shortest day, temperatures have certainly been more in keeping with a traditional Scottish winter here at Montrose links recently. A few sporadic touches of frost have seen pins taken off full greens and placed on temporary positions until the thaw set in. Thankfully days like these have been few and far between and the majority of the month so far has allowed for some decent winter golf. In this month’s newsletter, I thought best to write a little about the practicalities of our winter work….

There can’t be much for you to do in this weather?

This is a question I have been asked many times in the past when winter sets in and the grass is slowing down. The common misconception is that greenkeepers have nothing to do when the cold weather sets in apart from painting benches. In actual fact this is when the majority of our maintenance work is carried out – the hard miles as we like to call it. Aeration, re-building bunkers, repairing bunkers, re-turfing tees, leveling tees, re-turfing bared-out areas, re-turfing rabbit scrapes, gorse management and top-dressing of greens, tees and approaches. These are tasks are carried out over the winter on top of our usual maintenance of switching/mowing/rolling greens, raking bunkers moving pins etc. As the grass slows our mowing patterns become less frequent which then allows us to turn our attention to these kind of projects which enhance how the golf course looks and plays for next season (and the seasons beyond). We generally set our winter programme out into two phases before and after New Year.

Many years ago when I first started greenkeeping, things were more routine as we moved into the winter period. We would generally stop our regular mowing patterns around October and further (less frequent) mowing would be dictated by growth. This meant that cylinder mowers would be straight into the mechanics for the overhaul required to keep the blades sharp and the mowers in tip-top condition, until around March time (see figure 1).  However more recently the mowing periods on golf courses (depending on location of golf course) has become less predictable and in my experience certainly more prolonged. Where we used to have the winter service scheduled to begin in earnest around October, the wetter, milder winters result in mowing more frequently well into November – in 2016 I remember still regularly mowing in December!! This is not a huge problem in terms of losing ground as our mechanic Sean is kept more than busy with the smaller plant items we have in our maintenance fleet as well as tractors and utility vehicles. Without a fully qualified, full-time mechanic there is no way to operate a golf course of any standing. Out-sourcing the cost of maintenance, repair and service is simply not cost-effective; this together with the downtime that is inevitable with breakdowns shows the true worth of an experienced and knowledgeable mechanic. 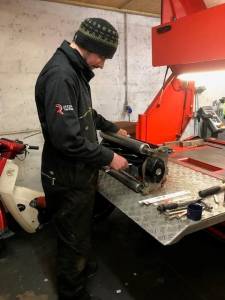 Sean checking quality of cut on our mowing units 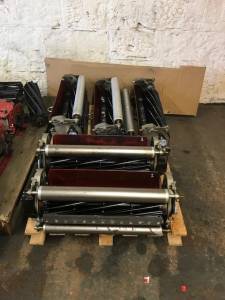 As I’m sure most of you will all know by now, we experienced two fairly severe storms over 15th & 18th December. This has resulted in a thick carpet of sand being deposited across the whole of the 2nd fairway rendering the hole almost unplayable (see pics below). Of course here at Montrose we have a historical problem with dune erosion – a problem which the board have been working tirelessly over the past few years to solve. Unfortunately this is a large scale and expensive operation which requires the help and assistance from various outside authorities. Due to loss of sediment from the surrounding beach area and rising sea levels, we are right in the firing line when it comes to coastal erosion and this is a problem which without outside help will only get worse. In the past when high tides have coincided with strong easterly winds this has been our biggest worry as the dune system takes a direct hit resulting in land being lost on the coastal holes. Short-term options such as rock armour at the 2nd tee area has bought us some time on 1562 course however we now face a second threat in the form of sand blow.

Due to the continual erosion past where the last of the rock armour finishes on the 2nd hole, the dune system offers no protection from the elements as the wind blows from the south-east. As the wind whips in the dune acts as a ramp throwing the sand up and over the sand dune onto the 2nd hole. As the wind gets stronger, the sand blow becomes fiercer and the sand carpet on the green, approach and fairway becomes thicker. From a playability perspective, this is obviously detrimental due to the adverse effect on ball roll, reducing the enjoyment of the hole. From an agronomic perspective, the covering of sand blocks out any light from the sun (turning the grass yellow) therefore placing the grass plant into a weakened state. Our 2nd fairway is without doubt the weakest fairway surface we have across both courses; any further stress placed upon the grass plant is therefore undesirable. At this moment in time we have no machinery capable of removing this thick sand (8 inches in some places) we are however at the time of writing this hopeful that we can take delivery of a high-powered industrial blower by way of demonstration for one day only. The wind is forecasted to settle and change direction to a prevailing south-west, this being the case we are hoping to blow the sand back onto the beach after hand shoveling the deeper lying areas. This is a very time-consuming and back breaking effort but one are hopeful will see the 2nd hole back in acceptable condition. 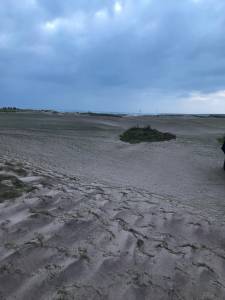 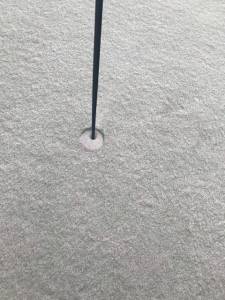 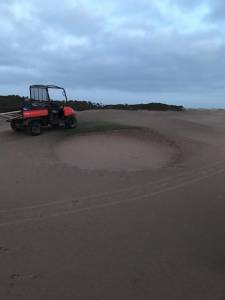 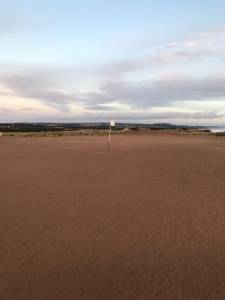 Long term we have board members who have been working almost daily for a number of years to raise awareness of this extremely worrying situation and we have to hope that sooner rather than later our voices will be heard, and funding released, which will allow us to begin to negate what is fast becoming a destructive force.