What you need to know

The why is easy – Montrose is situated on the most famous coastline in the world for links golf. We have a classic links course in the 1562 Championship, where golf has been played for over 450 years; making it the 5th Oldest in the world.

Experience 36 holes of traditional links golf, suited to all ages and abilities, located within stunning scenery. The course you play now is a final layout from 1913 designed by Harry Colt, who decided to use our natural dunes to great effect. Harry, in 1907, also designed our Broomfield Course, which is shorter than the 1562 but equally challenging on a breezy day.

You will receive a traditional Scottish warm welcome with new visitors greeted by our Golf Ambassadors, who will look after you pre and post golf to ensure you have a memorable golfing experience. There are two, warm, welcoming, clubhouses which are open to visitors with excellent catering available using locally sourced produce. We have a driving net and a putting green located near to the first tee on both courses along with a short game warm-up area.

Buggy, Trolley Hire, Club Hire can be arranged in advance of your visit by calling us on 01674 672634 or emailing admin@montrosegolflinks.com. We have excellent mainline rail and road links for anyone travelling within the UK. Aberdeen Airport is 1 hour north and Edinburgh/Glasgow Airports around 2 hours south – all are served internationally.

So, the question now is – why not Montrose! 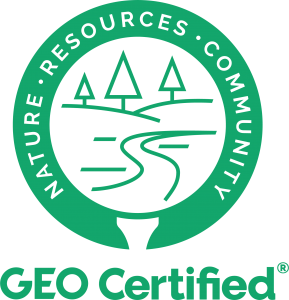 The Montrose Links is one of the oldest and most important venues in the game of golf. In 1562, James Melvill, a six-year-old Montrose schoolboy, recorded in his diary that he was taught to “use the glubb for goff” by the Reverend William Gray. This made Montrose Links the fifth oldest recorded golf links in the world, and only at St Andrews has golf been played continuously longer over the same golfing ground. Significant parts of the present courses, the 1562 and Broomfield, are still laid out on what was the original golfing ground.
For around the first 300 years, Montrose golfers began their rounds within a short distance of the town centre playing a circular course and ending their round where they started. The Mid Links area, pictured below in the early 19th century, and which can be observed in its present form looking southwards from the 13th green on the Medal course, was where golfers in those days began and ended their rounds.

It was the route taken by the first railway line to Montrose in 1849, now the cycle path that sits behind the 14th tee on the 1562 course, that forced local golfers to stop using the mid links section of golfing ground and to realign the course further North. But for that development, golfers at Montrose might still, as at the Old Course at St Andrews, be starting their rounds within a wedge shot’s distance of their town centre.

An outstanding Links course that you need to plot your way round to stay clear of the bunkers, giving you the opportunity to make some birdies.”

Will EneferPGA Professional and 2021 Europro Champion here at Montrose

"The golf course is fantastic, it asks the golfer all the right questions and you have to learn all the shots to score well here. The hospitality and the welcome is always first class”

"I like everything about Montrose…a proper old school classic links course, always looked after well and in great condition"